We’ve all been exposed at one point in our lives to a person who seems to cause more damage than good; be it a friend, a lover, a work colleague or a complete stranger on the street. As the saying goes “some people are meant to stay in our lives, others are merely passing through to teach us a lesson” …..and boy have we learned some lessons.

Of course, a ‘toxic person’ doesn’t necessarily mean ‘a bad person’, and I’m sure that I may have been a toxic person to someone else at some point as well. Some relationships (be it platonic, romantic or professional) may fade out because you just move on and do different things in life, sometimes it can be because you unintentionally place certain (and not always realistic) expectations on a person ….and sometimes it’s as simple as.. ‘they’re just an a**hole’.

Below are some traits viewed as toxic (albeit maybe not at the time itself) and that have taught me some life lessons (and re-taught me them over and over again, because of course I didn’t learn the first time). I believe we have all fallen victim as well as have been the culprit in contributing to the toxicity…. I’d like to think it wasn’t intentional, and I hate to admit I have been guilty of some of these traits myself in the past… but that what irritates us the most in others, is often what we thrive to better in ourselves right? (thanks Carl Jung).

1) When someone puts you down all the time

There is the funny banter amongst friends where you can tease each other about certain shortcomings, but then there is the other side of the spectrum where someone puts us down every chance they get. Of course, criticism can be good as long as it stays constructive (let’s not live in a bubble here). But I don’t think being called ‘useless’, ‘you won’t amount to anything’ and ‘you cooked the taco sauce wrong’ are very helpful…. yep, a few gems from a couple of toxic friends I was stupid enough to invite to our Senior Years school holidays.

Of course we are there to help one another, and each favour should not be viewed as being used, however, we’ve all been exposed to that person who seems to be endless in their demands of favours but nowhere to be found when you need them. Or the person who didn’t want to join you for a drink because they were too tired, until you mentioned you’d be the one paying etc. I think we all may have been guilty of doing that at one point in our lives, but boundaries around what to expect from friends/colleagues etc should be respected.

3) When someone is, more often than not, unsupportive

This kind of goes with the previous point on putting you down..the friend who will always look at the negatives first when you have something big to share and who will downplay your achievements, however big or small they are.

4) When someone manipulates you all the time

When someone tries to ‘work you’ during every conversation, every act has a deeper meaning or agenda. They usually know exactly which buttons to push to get you to comply or react (be it a guilt trip, blaming you when you’re upset because of something they did or bombarding you with compliments to try and flatter you out of the real reason as to why they are diverting the conversation).

5) When someone is possessive, wanting their cake and eating it too

When someone will put down everyone else in your life and become jealous and possessive. They won’t appreciate that you’ve made a decisions without consulting them first or that you chose to socialise with a friend without an extended invitation their way. They are happy to rub your nose into their success but will accuse you of showboating when you want to share yours. They can be competitive with you or with other people close in your life.

6) When someone feels inconsiderate and artificial

Those people who don’t seem to care that their requests are inconvenient and don’t seem to appreciate your efforts when you do comply. They will often ask how you are going, but you can see the glazed over look in their eyes during your answer, whilst they wait for their turn to speak.

7) When someone doesn’t respect you

Relationships with people in your life don’t mean they all have to like you, but it’s important that they respect you. Someone who doesn’t respect you, who will intentionally ignore your calls/message or who will avoid you (but will gladly hitch a ride, get a referral or meet for a beer when they need to kill some time) are people not worth your effort.

8) When someone talks behind your back

I think I speak for most of us when I say we all gossip and we all have a vent about the people we know at some point in our lives… I know I have and I’m certain I’ve pissed off anyone I know at some point or another (but I guess they forgave me if I’m still around so.. yay 🙂 I do believe, however, there is still a big difference between a frustrated outlet and going out of your way to make someone’s life miserable. Having someone who spreads rumours or badmouths you to get ahead, no longer feels like a general annoyance, but rather a personal vendetta. Like having a ‘friend’ talk someone out of wanting to date you (for reasons you still don’t know) which made you doubt what the heck you did wrong for them to be so mad at you that they were steering people away from you (obviously still a sore spot…. but..tick… another lesson learned).

9) When someone drains you

There are tough days of course where we need to lend an extra hand to someone we know and put in that extra effort during their time of need (e.g.: a colleague needs help with a project, a friend is going through a break up, or your partner needs a vent after a hard day at work). But things change when someone will drain your energy each and every time you’ve made contact with them. You feel psychologically and emotionally depleted after spending time with them and are dreading the next time they will contact you.

The aim of this post is not for you to go running for the hills when someone you know shows a toxic trait, but rather for us to look at the larger picture… Do you feel good/respected? Are you happy around each other? Do you feel anxious or drained when you have contact? Do you both get something out of the relationship? Basically, are they worth sticking around for or is it time to move on? 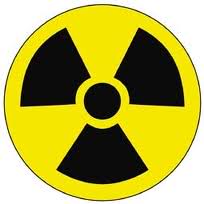