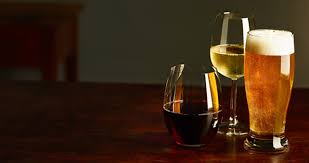 Being born and raised in Belgium, this Australian in Paris didn’t think she would experience much of a culture shock when returning back to the ‘old continent’… I mean, Europe is still Europe, right? I’d say I was either a lot more integrated into the Australian culture than what I initially thought, or France does have some unique traits that sometimes seem to clash somewhat more with ‘les Anglo Saxons’ compared to other countries.

Every-day things like insisting on greeting complete strangers in the elevator, yet totally avoiding a friendly banter afterwards; have left me scratching my head at times. Below I’ve compiled some examples on how these subtleties (that I never noticed before moving here) have sometimes impacted my full integration into the French culture.

The French seem to refer to all English-speakers as ‘les Anglo Saxons’ (even though they were a Germanic people who inhabited Great Britain back in the 5th century). Any English speaker (as well as English speaker’s habits and behaviours that don’t appear to align with the French way of thinking) are catalogued and filed away under ‘Anglo Saxon’. Regardless if you’re from the UK, the US, Australia, Canada, … the term seems to have stuck around. The word in itself has never been an issue for me (being seen as part of a Medieval-sounding group is kind of cool actually), but the occasional assumptions that we’re all the same have bothered me just a little in the past. My love for Halloween has been referred to as “too American’ (it’s Irish btw and who doesn’t like a good dress up) and my children’s early bedtimes are often seen as “very Australian” even though plenty of countries do just that. These are just a few examples of blanket statements. On that same note, the below points include examples in where I totally generalise the French as well, so you know… pot calling the kettle black and all…

English-speakers, in general, can strike up a conversation with pretty much anyone. With this, however, also comes our tendency to overshare and ask personal questions rather quickly. This doesn’t mean all of us are going around making our French company feel uncomfortable. But in a wrong setting it could be perceived as somewhat rude by crossing boundaries too soon. The French culture is what they call a ‘coconut’ culture. These are known for having a harder exterior and won’t easily engage in conversation. But as soon you as you break through the ‘outer shell’ they can make extremely loyal and close friends. “Un Anglo-Saxon”, on the other hand, belongs to a ‘peach’ culture where they are often friendly to people they first meet, share information and are generally helpful. But once you get past the initial friendliness, you’ll find that their inner selves are often protected by a tough pit. Some might view peaches as ‘fake’ and ‘not genuine’, whereas others view coconuts as ‘cold’ and ‘standoffish’. Whatever your preference, this difference in social interactions has led some of us to bump heads when meeting each other. After living in France for a while, I’ve started to refer to myself as belonging to an ‘avocado’ culture. Still the protected pit inside, but with a slightly softer outer shell perhaps (or maybe it’s because I think of myself as ‘healthy fat’?)

If there’s one thing both our cultures love to do, it’s swearing! But where the French publicly tend to limit themselves to the daily use of “m*rde”, “p*tain” and the occasional “je m’en fiche”; Anglophones have created a natural place for profanity in the English vocabulary and tend to be a bit more colourful when expressing frustration, excitement, and moreover humor. Although some expressions can be stronger than others, the majority of the time, our swearing isn’t always linked to aggression and might not carry the same weight as proper swearing in French would. We do know how to read a room, and are not likely to drop the ‘f-bomb’ in an executive meeting; but don’t be shocked to hear us cry out a solid ‘son of b*tch’ when we stub our toe on the end table.

Paired with our love of swearing comes our willingness to use humour almost anywhere. Often, Anglophones have no problem calling out an uncomfortable or awkward situation; rather than sweeping it under the rug. On many occasions I’ve actually said out loud ‘well this was awkward’ followed by a giggle and then moved on with the conversation. Whether it was the first time I accidentally sleep-farted in the living room while taking a nap (much to the amusement of my brother-in-law) or when I clumsily met a friend’s new love interest and had nothing to say.  It’s not meant to be harsh, but rather a way to defuse any tension and uneasiness instead of ignoring it completely. Although the French do have a beautiful dry and sarcastic sense of humor, which I love, I haven’t seen them use it as a shield for uncomfortable situations just yet.

Referring back to the French sense of humor… their wit and sarcasm go perfect with making fun of pretty much anyone including themselves. However, I noticed, when the tables are turned; that they haven’t always been good sports when someone else has had a go at them (all in the name of good fun and humor ofcourse). This doesn’t mean they don’t know how to take a joke, but you’ll often find a slight hint of defensiveness when the quip is aimed at them.

I don’t know how it is for all the Northern hemisphere Anglophones here, but us Aussies are notorious for being laid back. Problems are often met with a comforting pat on the back and a ‘no worries, she’ll be right, mate”(maaajor generalisation there, sorry). But people shouldn’t confuse our laid back-ness by being lazy or slow. Although the Australian life style does move at a calmer pace (you’d move slower too with that heat!), we do remain on point and professional when push comes to shove. For example, the French are known for their tardiness which might not get the same reaction as it would Down Under. Arriving late to a meeting or dinner isn’t frowned upon and is often even anticipated. For us, however, it is not always well received, and being late can be viewed as taking someone else’s time for granted.

Although the French make more laws than some Anglo countries, the split seems to emerge in the observance and enforcement of said laws. Some of the things that get me riled up the majority of the time are dog poop and traffic. For a country where getting your driver’s license is an almost impossible feat, they are surprisingly bad drivers (at least in Paris). People change lanes without indicating, text behind the wheel and don’t even get me started on parking wherever you want (including blocking an entire lane while you duck into the shops).  Anglophones view laws as being enforced to protect, whereas many French view them as restrictive and suffocating their right to be disobedient.

I’m sorry, but I don’t buy it that the French are the only people who are known for complaining. Every country I have ever lived in, people have complained insistently, no matter where they are from. Sure, the French might be better at actually following through with their complaints and go on strike, but I think the ‘complaining’ aspect is something we share (we just tend to complain more about each other that’s all ;).

I know right, arrogant, the irony … but saying things like ‘don’t worry, I’m a very good driver’ is not something you’d necessarily hear a Frenchman say unless they were a bit full of themselves. I didn’t know this until it was pointed out to me that patting yourself on the back might translate wrong at times, and you may come off as a bit of a pompous ass. I don’t know how true this statement is, as the debate is still up on that one, but I’m a big fan of positive psychology; so if you have something good to say about yourself well you just go on right ahead and say it. Add some flair to it too (*whips hair back*).

The French’s love for their language is something I do admire and the concept that they don’t speak any English is absolute bullocks if you ask me. With that, however, comes the occasional situation where they will answer you in English upon hearing any accent. Although I am certain this comes from nothing but a good place in order to help us communicate better, it can sometimes hinder us from fully integrating as we try to practice our French. I haven’t had this happen too often, but it’s something that has come up more than once when speaking to other expats about their experiences, so worth the small mention.

It’s important to take it all with a grain of salt though. I wouldn’t say these differences are totally unfounded; however, I see little point in letting irritation get the better of us and letting it skew our view on this country we now call home. I mean, a dynamic mixing pot of cultural habits is the whole “charm” about Paris isn’t it …